Report from the International Peace Bureau

By Colin Archer in Geneva

Under de Brun’s leadership, the republic sued the states for failing to comply with their obligations under international law seeking the elimination of nuclear weapons.

Tony de Brum was one of the four winners of last year’s Right Livelihood Award, also known as the “Alternative Nobel Prize”. The people of the Marshall Islands were joint recipients.

The IPB is dedicated to the vision of a World Without War.

We are a Nobel Peace Laureate (1910), and over the years 13 of our officers have also been recipients of the Nobel Peace Prize. Our 300 member organisations in 70 countries, and individual members, form a global network bringing together expertise and campaigning experience in a common cause.

NOBEL PEACE PRIZE NOMINATION 2016: Tony de Brum and the legal team of the
Republic of the Marshall Islands.

The International Peace Bureau is pleased to convey to you its nomination for the 2016 Prize: former Foreign Minister Tony de Brum and the legal team appointed by the Republic of the Marshall Islands (RMI) to handle its nuclear weapons cases.

On April 24, 2014, the RMI filed landmark lawsuits against the nine nuclear-armed nations for failing to comply with their obligations under international law to pursue negotiations for the worldwide elimination of nuclear weapons. As the Nuclear Age Peace Foundation underlines: “The Republic of the Marshall Islands acts for the seven billion of us who live on this planet to end the nuclear weapons threat hanging over all humanity. Everyone has a stake in this.”

The RMI has made a courageous step in challenging nine of the world’s most powerful states at the International Court of Justice. The tiny Pacific nation has launched a parallel court case against the USA at the Federal District Court. RMI argues that the nuclear weapons‐possessing countries have breached their obligations under Article VI of the Treaty on the Non‐Proliferation of Nuclear Weapons (NPT) and customary international law by continuing to modernise their arsenals and by failing to pursue negotiations in good faith on nuclear disarmament.

RMI’s former Foreign Minister Tony de Brum has played the key political role in gaining support and approval for this initiative. He in turn has been supported by a highly effective legal team. De Brum and RMI have already received at least two important international prizes for their action.

The Marshall Islands were used by the USA as testing ground for nearly 70 nuclear tests from 1946 to 1958. These tests gave rise to lasting health and environmental problems for the Marshall Islanders. Their first‐hand experience of nuclear devastation and personal suffering gives legitimacy to their action and makes it especially difficult to dismiss.

The Marshall Islands are presently working hard on the court cases. Hearings on preliminary issues in the International Court of Justice will take place in March 2016, and an appellate hearing in the case in the US court will take place in 2016 or possibly 2017. The award of the Nobel Peace Prize would do much to draw public attention to this extremely important initiative and to help ensure a successful outcome.

It is certainly not the case that the RMI, with its some 53,000 inhabitants, a large proportion of whom are young people, have no need of compensation or assistance. Nowhere are the costs of a militarised Pacific better illustrated than there. The country is burdened with some of the highest cancer rates in the region following the 12 years of US nuclear tests. Yet it is admirable that the Marshall Islanders in fact seek no compensation for themselves, but rather are determined to end the nuclear weapons threat for all humanity.

The world still has around 16,000 nuclear weapons, the majority in the USA and Russia, many of them on high alert. The knowhow to build atomic bombs is spreading, largely due to the continued promotion of nuclear power technology. Presently there are 9 nuclear weapon states, and 28 nuclear alliance states; and on the other hand 115 nuclear weapons‐free zone states plus 40 non‐nuclear weapons states. Only 37 states (out of 192) are still committed to nuclear weapons, clinging to outdated, questionable and extremely dangerous ‘deterrence’ policies.

IPB has a long history of campaigning for disarmament and for the banning of nuclear weapons (www.ipb.org). The organisation was, for instance, actively involved in bringing the nuclear issue before the International Court of Justice in 1996. The IPB sincerely believes that the Marshall Islands initiative will prove to be a significant and decisive step in ending the nuclear arms race and in achieving a world without nuclear weapons.

Further details about the lawsuits and the campaign are available at www.nuclearzero.org 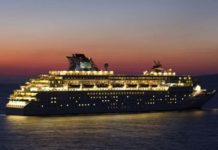