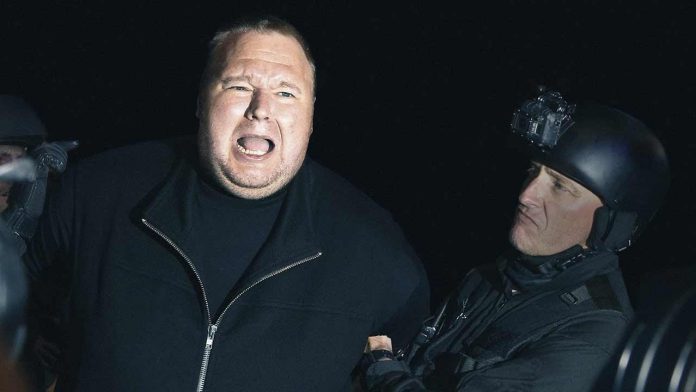 Kim Dotcom … the “most wanted man online”. Video: Caught in the Web

Kim Dotcom: Caught in the Web is the new film by award-winning documentary maker Annie Goldson and Alex Behse.

Three years in the making, and part-funded by the New Zealand Film Commission, the film tracks the controversial story of Kim Dotcom, who Dr Goldson, a professor in media and communication at the University of Auckland, got to know throughout the process.

She talks to RNZ Sunday’s Wallace Chapman about making the documentary, the Kim Dotcom story, internet surveillance, independent film making in New Zealand and the polarised issues around corporate copyright and internet “piracy”.

Synopsis:
The larger-than-life story of Kim Dotcom, the “most wanted man online”, is extraordinary enough, but the battle between Dotcom and the US Government and entertainment industry, being fought in New Zealand, is one that goes to the heart of ownership, privacy and piracy in the digital age. Three years in the making, this independent film chronicles a spectacular moment in global online history, dubbed the “largest copyright case” ever and the truth about what happened.